Arriving in Eagles Mere, day 4 of our road trip Tavis’s parents purchased a cottage in Eagles Mere, PA around 30-35 years ago and have been traveling up there from Florida each year since then to spend the summers.  They have family ties in the state so it was the perfect spot for them to settle when they were looking for a summer place to escape the Florida heat.

Since Tavis and I have only been married a little over 3 years, this was just my 3rd visit but I understand why they fell in love with this quaint little town.

After arriving and being cooped up in the truck most of the day,  Aiden was thrilled to go “inspect” all the puddles that he could find and he took Grandma along with him. After he was throughly soaked, he retired to the porch swing and was content to watch the action from his perch (not sure if you can see but he is thoroughly drenched in this picture). It was in the mid 60’s when we got there wich was pretty stinking cold if you ask me. I attempted to put Aiden in a snowmobile suite but Tavis wouldn’t let me…  we settled on a sweat shirt and some long pants. 😉 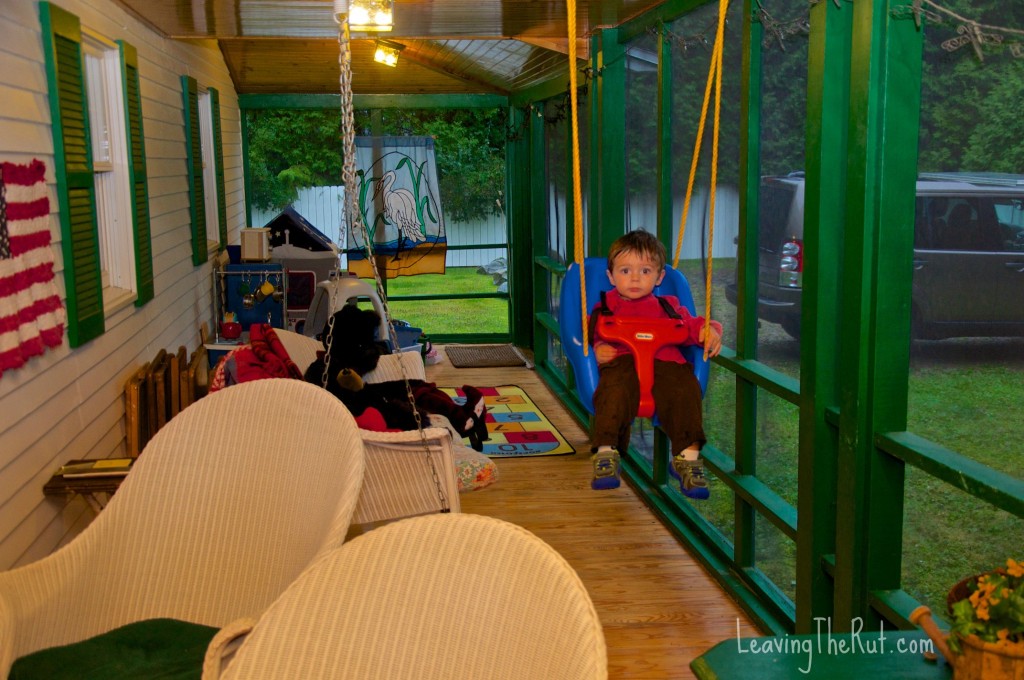 Mom and Carrick had a delicious meal waiting for us after we got unpacked, including the delicious cheesy bread that was still warm. 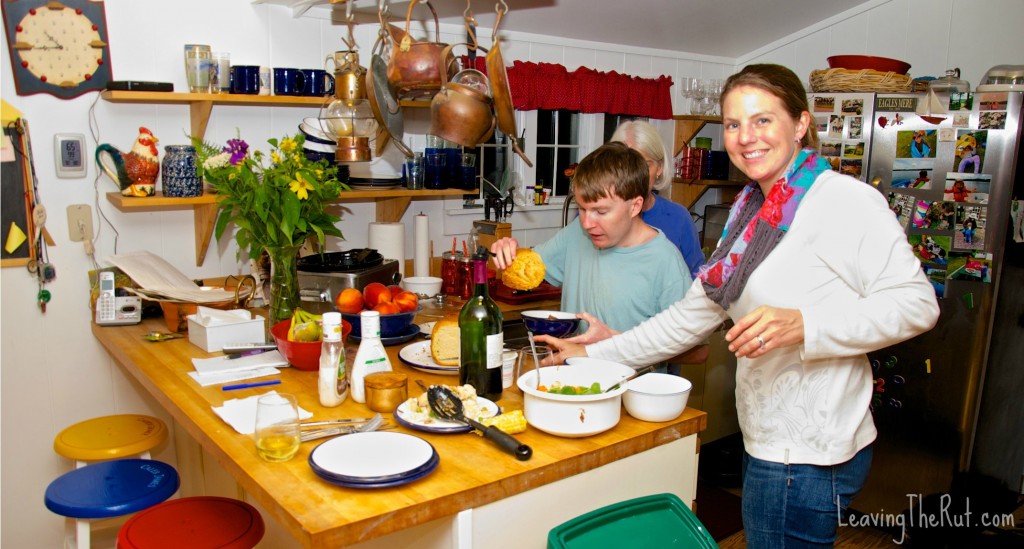 There was lots of wine sipping and front porch sitting which made it the perfect evening for our first night in Eagles Mere.

The next morning after we had our fill of coffee we headed out for the morning hike around the lake on the laurel path that circles the lake next to the water. 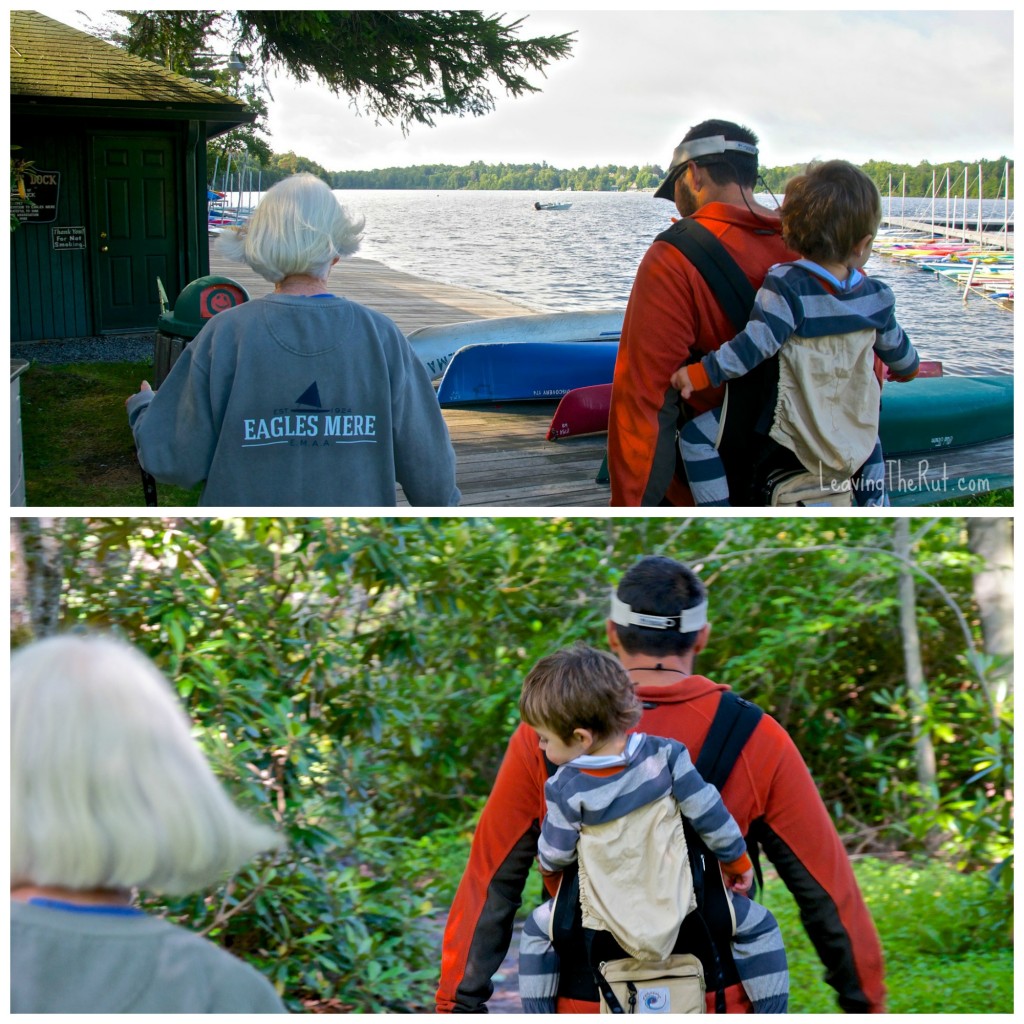 We took a picture at “Lover’s Leap”, the same spot that we got a picture last year. (I didn’t realize how thick Aiden’s hair has gotten until I looked at these pictures side by side!!) 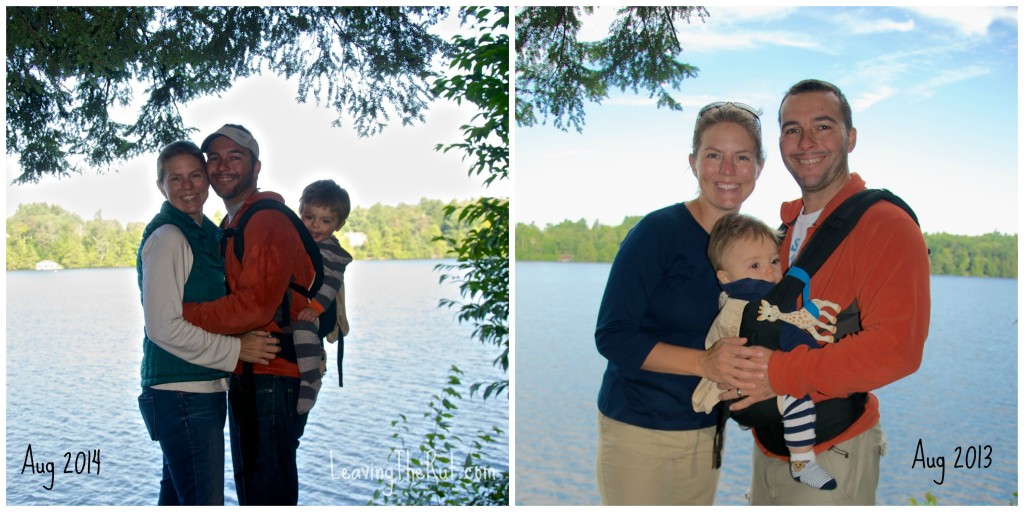 We found a few wild blueberries that were just getting ripe, they were a little tart still for my taste but it was fun to show them to Aiden and let him pick a few. 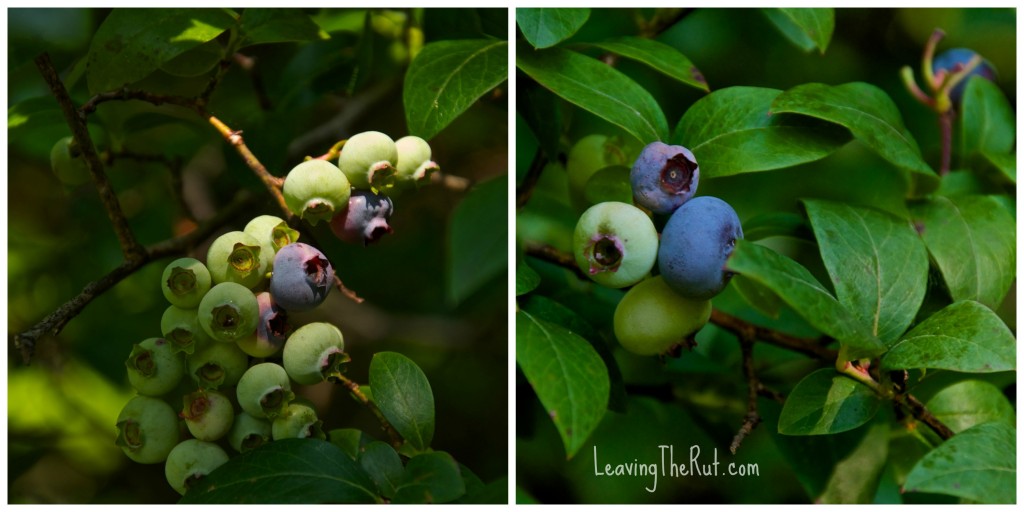 Eagles Mere is one of those places where time really stands still. The place looks the same as when Tavis’s family started going up there over 30 years ago. A few faces have changed but things move so much slower there than the rest of the world. I look forward to heading back up there next summer and maybe spending a Thanksgiving or Christmas there in the next few years. 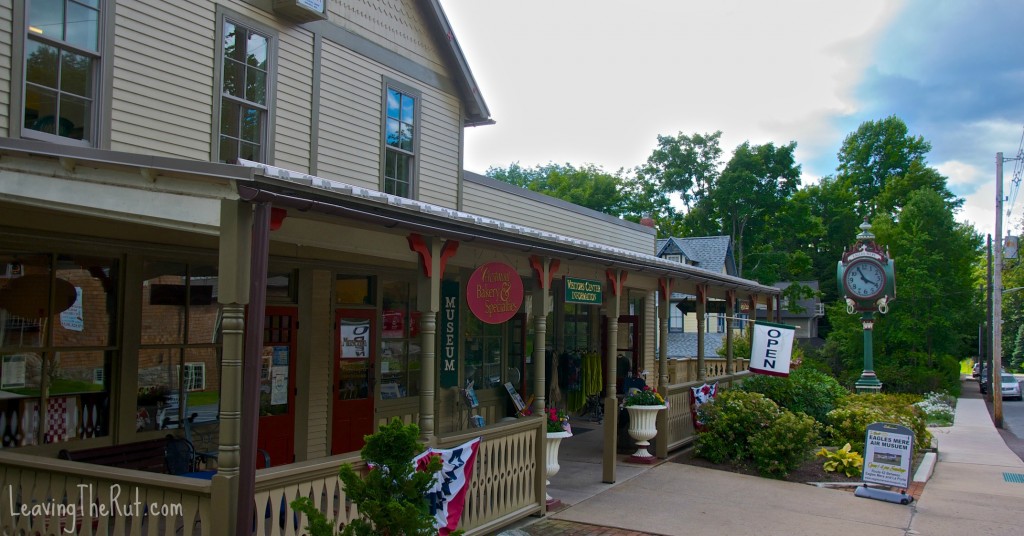