I’m not a runner… but I signed up for a half marathon!

So I have been reluctant to write this post… maybe even scared.

I am not entirely sure why but it probably had to do with not wanting anyone to hold me accountable if I gave up and quit.

Tavis and I signed up to run a half marathon!!

For some, that might not be a big deal. But for this girl who, at the time, was struggling to run one and a half miles…. this is a HUGE thing!!!

Since we had a few months before the real training began we were able to slowly add miles each week.

We officially started training in mid July and if you follow us on Instagram you are probably sick of seeing my post run, sweating my butt off pictures. But this is a BIG deal for me and I am slightly proud that I have made it this far so the picture are not going to stop any time soon. 😉

Tavis and I already had the run keeper app on our phones so we were able to choose a training plan in the app. It is super easy and has taken the question out of the training. Our plan was put together by the official trainer of the Boston Marathon! It is a 16 week plan and has been the perfect pace for us.

At this point in our training we are running 4-6 miles 3 days a week and we have a long run on the weekend. Last week was 9 miles and this weekend we are running 10!

Since I am not a professional runner there has been a big learning curve for me in all of this but I figured that I would share a few of the running accessories that have made training for my first half marathon a little easier. one – these Under Amour compression running tights are my favorite hands down. I am one of those people who cannot run in shorts. No matter the brand/size/style they ride up and I spend my run tugging and pulling them back into submission. Running became so much more fun when I was not fighting my clothes at every turn. They stay up on my waist, they are just the right amount of compression and they keep me cool even though I have been training in Florida and in Puerto Rico this summer with ridiculous humidity levels. Seriously, if you had not seen me running you would have thought I went swimming.  I have several pairs of running capris but only one pair of this style, I wear them 4 times a week and promptly wash them when I get home because they are the only ones I want to run in anymore. With all the washing and wearing they have held up great! I do have a long pair as well but since we are not up north in PA right now, I haven’t worn them in a few months. I will be back into them when we are in cooler weather again.

two – when Tavis and I started running I would just carry my phone with me. That worked ok until I was getting to the 4+ mile range.  It was getting annoying and I didn’t like having it in my hand for that long. I looked into arm bands but didn’t think I would like the feeling of them and they only carry your phone and maybe you can squeeze and ID in there. I asked some seasoned running buddies and they recommended the SPI Belt. It stands for Small Personal Items Belt and I love it! I can fit my iPhone 6 in it will my ID, house key and a few GU gels with room to spare. The way it is designed it expands and stretches as you need to space. It will easily accommodate the iPhone 6+ or a Droid. Once you get it adjusted right, it does not bounce or move while running. I love it!

three & four – I didn’t really understand why people needed body glide until I got to about mile 8 with my runs. My running capris keep my legs from rubbing but on this run I was sweating more than usual and it wasn’t until I got into the shower and the underside of my arm was stinging that I realized that I had rubbed a good size spot raw. About the 8 mile mark I also start to get blisters between my toes. My shoes are great and that isn’t the issue, just after that much time rubbing together and the moisture from the sweat, blisters start popping up. I like the blue version that looks like a mini deodorant to rub on my arms and under the bottom edge of my sports bra. The tube is a little easier to get in-between my toes. I usually don’t bother using it unless I am running at least 6 miles. From what I am told, the body glide is also great for the guys who (because they are not wearing a sports bra) tent to get raw nipples. I don’t know first hand but I’m just throwing that one out there… 😉

five – if you are serious about running I highly recommend that you go to a running store and get fitted for running shoes. At first I was wearing a pair of running shoes that I got at a discount and the local store. The second pair I got was a more expensive pair that was geared towards “serious runners” (whatever that means…) The third pair and the ones I am currently wearing were professionally fitted at a running store and it made all the difference. They put my in a pair of “neutral shoes” and had me run on a treadmill. They videoed my running from different angles then based on what they saw, they pulled about 6 pairs of shoes. They would have me put them on then jog around the inside of the store. I spent about 30-45 minutes making sure that I had the best shoe for my foot. They also had a much better variety of sizes than the large sporting goods store I had been to previously. I have a big foot (size 10) and it is very wide. They had plenty of shoes for me to try which doesn’t happen often. I tried on womens running shoes as well as mens running shoes to get a variety of options. The above link is to the shoes I wear but your best bet is to go get fitted for a pair that is right for you, not what I or a magazine tell you to buy.

six – I had this visor before I started running, it was my fishing/boating visor. I was looking for a “running” visor but I am yet to find one that is as comfortable and light weight as this one. I have long wispy hair and even when I braid it or put it into a pony tail I always end up with little hairs in my face. Head bands don’t stay put and they usually give me a headache. This visor stays put, keeps the sun off my face in the day and keeps all the little hairs out of the way. I even wear it at night just to keep the hair at bay. I am surprised at how well it has held up since I throw it into the washing machine about once a week. It is drenched with sweat after my long runs and was getting pretty dingy until I started washing it regularly. (PS – I hang it up to dry)

seven – Gu gels have been great. As you start running longer distances it is important to refuel as you go. It is also important to try out whatever you will be using in the race, in your training. The last thing you want is a stomach cramp at mile 9. I am not a fan of having food stuck in my teeth so I ruled out the jelly bean type and decided to go with the gels. Im not sure if it is all a mental thing but I really feel it kick in about 5 minutes after eating one. Since we are constantly on the move (we have been living in 3 states in the last 4 months) I have been buying a case of 24 on amazon as I need them. You can get an assortment of flavors. Pay attention when you buy them because the different flavors have different amounts of caffeine in them, they are not all the same.

On Sunday Tavis and I will be heading out for our 10 mile run! Each week when we increase our long run it is a PR for me since this is my first time really running or training. It is always a nice little motivator to get an email after my run that says it was my furthest distance and longest time running. It is the little things for me.

Do you have a favorite running accessory that you just can’t run without? Let me know about it in the comments! 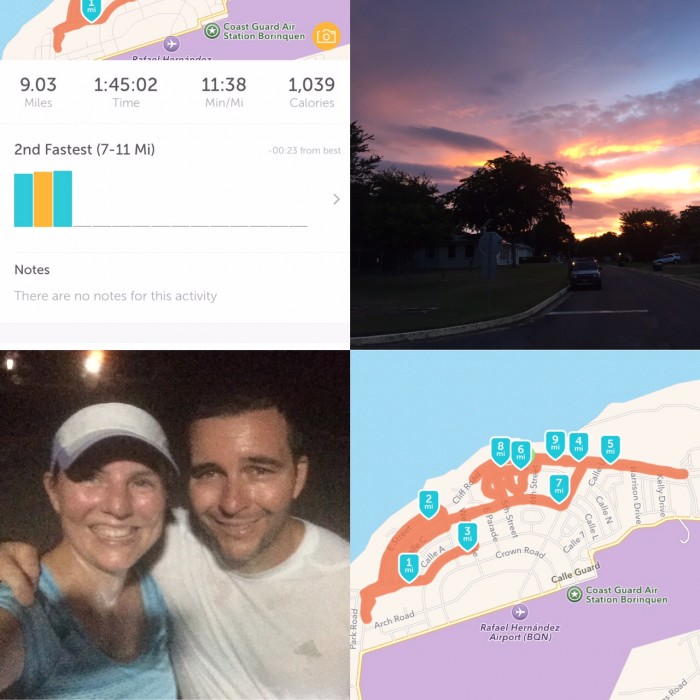 I was not paid to write this post. All options are my own. This post contains some affiliate links. That means when you use one if these links and purchase something, a small fee comes back to us at no additional cost to you. If you were to go to Amazon and buy the item you would pay the same price. Those commissions help us pay for the ongoing cost of maintaining this website. THANK YOU for choosing to use the links and keeping us blogging! We greatly appreciate it!! 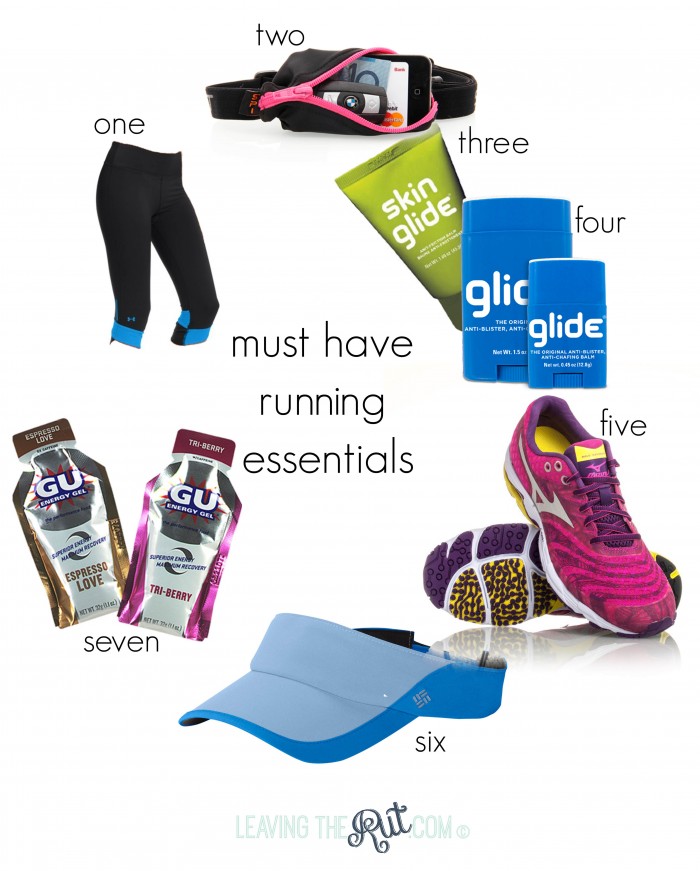 posted by Ashley Leave a Comment
Filed Under: Running